WP HowToPress – Your How to guide on WordPress

Are you curious to learn to add captions to featured images in WordPress?

Generally, it is the primary image of the blog which appears immediately after the heading. Furthermore, it is the key element to grab the attention of the viewer as well as engage them in the post.

Featured image is among the factors that help to maintain the SEO of the site. The addition of the caption adds background information about the image which ultimately maintains the readability of the site.

By default, you are allowed to add a caption and description whenever you upload a featured image. The exhibition of the caption is not guaranteed as this totally depends upon the theme you have used.

Some theme like Twenty Twenty displays the caption along with the image. However, a theme such as Twenty Sixteen doesn’t allow to do so. In such a case we need to add plugins. Here in this article, we have mentioned the ways to add captions to featured images using Featured Image Caption.

Featured Image Caption is a free plugin that is easy to handle and quick to use. This plugin doesn’t require additional configuration. It displays captions to featured images without creating problems.

This is how we add captions to featured images in WordPress.

In conclusion, the process of adding captions is quite simple. Follow the above-mentioned steps properly for better performance. We hope this article was helpful for you. You can go through our tutorial “How to Add Featured Image in WordPress?” to gain more knowledge bout featured images.

How to Add Categories and Tags for WordPress Pages?

How to Choose the Best Business Theme for your Business Website?

How to Create One-Time Personalized Coupon Codes in WooCommerce? 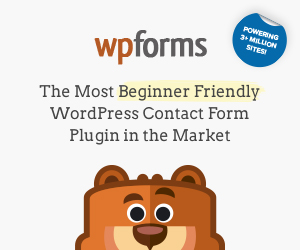 How to Change ‘Just Another WordPress Site’ Text on your WordPress...

How to Add a Search Bar to WordPress Menu?